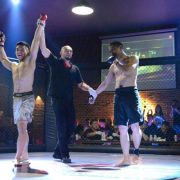 Once again, Elite Fighter, Vincent Martin won the XCC (Xtreme Cage Championship). The venue was located in Mbrio Beerhouse on 12th April 2015. Although he get this fight on very short notice, 5 days prior to the fight, he managed to make the weigh and lost 4 kg in 2 days! He finished the fight with RNC (Rear Naked Choke) on round 1. He showed us what a true fighter is. Check out the full fight on Elite Training Camp Official Youtube Channel https:/youtu.be/IGDv1UlRZtc Subscribe to follow his MMA journey, guys! 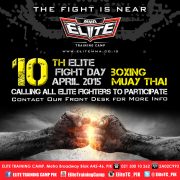 It’s finally back! Elite Fight Day 10 will be held on April 2015. There will be boxing and Muay Thai fights. Don’t worry guys, it’s safe and our trainers will keep an eye throughout the match. We strive to be better together and not against each other. Train well and show what you got. For registration and more information contact our front desk or call us on 30010262 / 08174906433. We’ll see you in the ring, tough guys & girls! 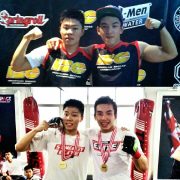